Cross-cultural training to bridge the gap

I recently had the pleasure of completing CareFlight’s cross-cultural training program with my colleagues who come from a broad range of backgrounds and disciplines.

Looking around the room, it was wonderful to see so many different departments represented across CareFlight: marketers, engineers, doctors, flight nurses, human resources officers and administrators.

As part of CareFlight’s commitment to a Reconciliation Action Plan, we are implementing cross-cultural training to help build awareness and embed respect for First Australians in our organisation. With a strong presence in the Northern Territory, our teams work closely with Aboriginal and Torres Strait Islander people daily, whether they are our patients, key stakeholders, or members of our organisation and community. 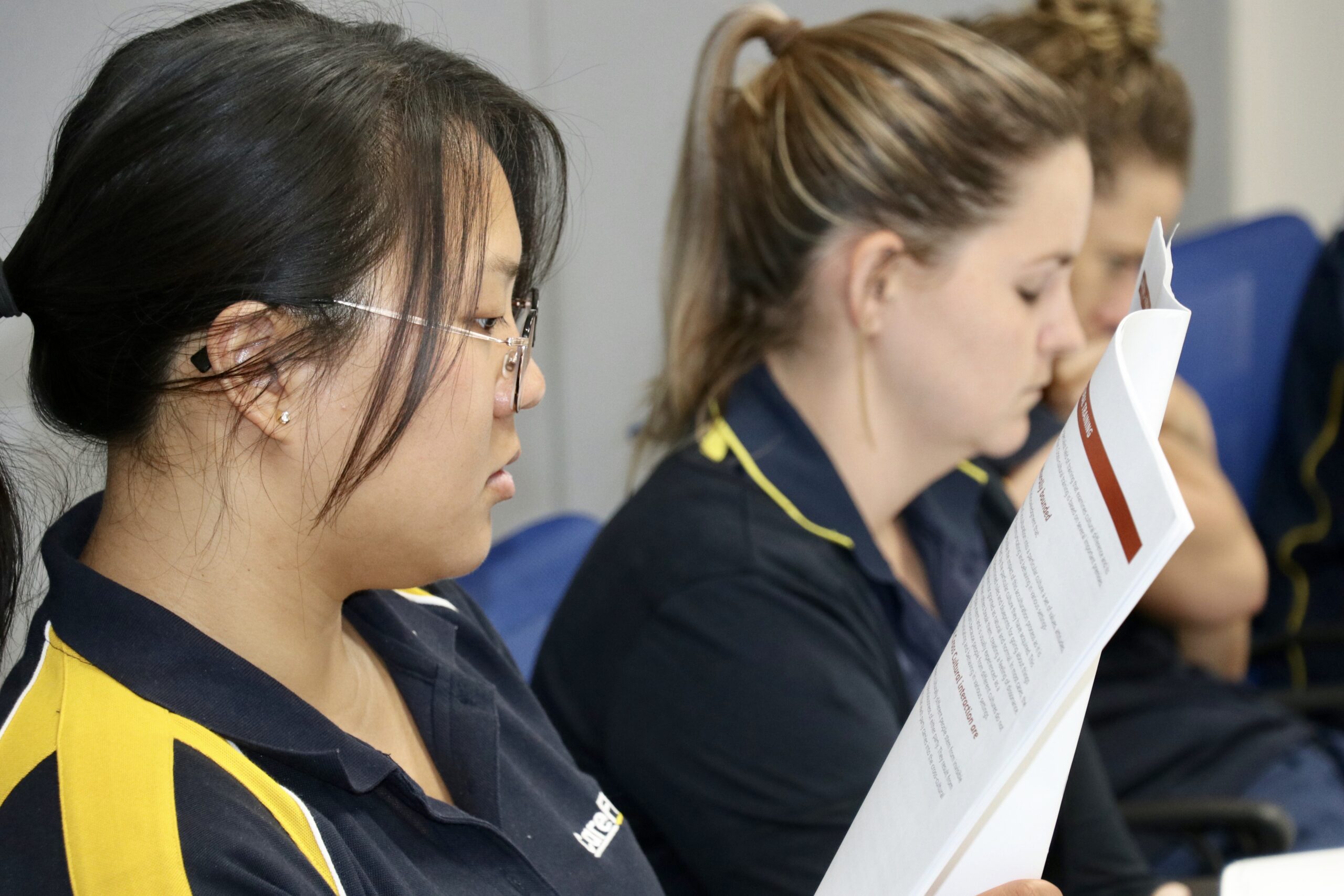 Due to the nature of our work in aeromedicine, we often encounter people in situations of illness, pain and high emotional distress. Layering on top the differences in discourse between First Peoples and non-Indigenous Australians, this relationship needs to be delicately and expertly navigated.

As a result, it is crucial for CareFlight’s employees to manage these circumstances in a way that is culturally appropriate and responsive. Since 2016, CareFlight employees have been engaging with Cross Cultural Consultants’ Working With Cultural Difference workshops to learn how to communicate with First Australians in a meaningful and mindful way.

Cross Cultural Consultants (CCC) is an Indigenous owned and managed business based in the Northern Territory that aims to close the cultural gap between Aboriginal and Torres Strait Islander peoples and non-Indigenous Australians. They work to drive change by teaching individuals, businesses and communities how to effectively engage and work with First Peoples.

Going into the workshop with an open-mind, I must admit that I was not prepared to navigate the complexities of Aboriginal and Torres Strait Islander interaction.

Working as a classroom filled with individuals from all walks of life and a range of cultural backgrounds, we engaged in open conversation with each other and Jason, director of CCC, to draw upon our personal experiences and existing assumptions. The key resource we had in the workshop was our fellow classmates: by reflecting on our own cultural frameworks, understanding our differences and how we were able to develop relationships with one another cross-culturally, we were able to transfer these values into an Aboriginal and Torres Strait Islander context.

We discussed the shared history between First Australians and non-Indigenous Australians and the resulting inequalities. We were made aware of the differences in the way we communicate and perceive the world. While we are indeed speaking the same language sometimes, the same cues and meanings are not always communicated and understood well. 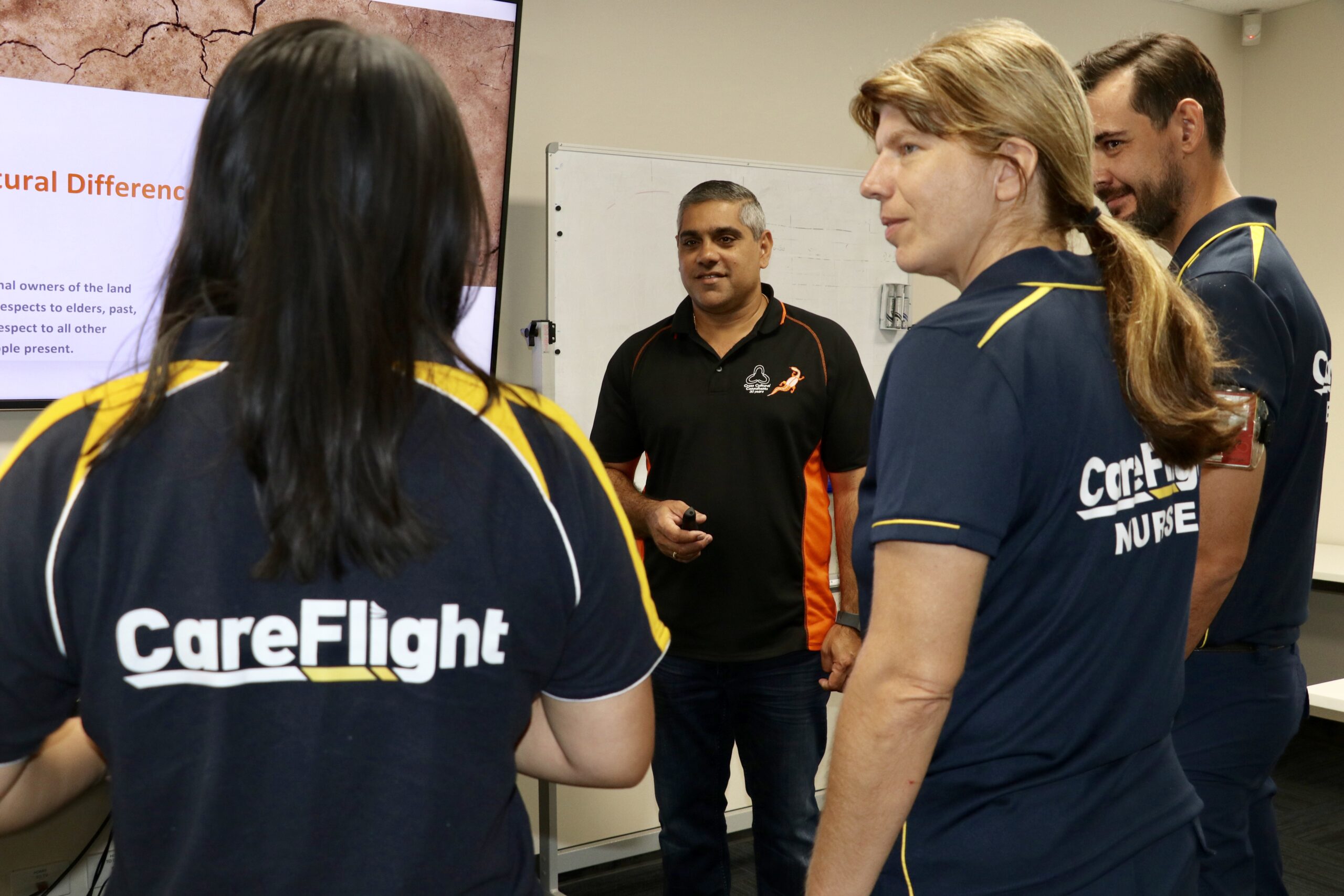 As a woman with heritage from an minority ethnic group, I am constantly trying to balance the differences between my Vietnamese upbringing and growing up in a Western society, and thought that I had a good idea on how to manage subtleties between two different cultures. While there are different languages spoken, it was relatively simple to know that Vietnamese people celebrated Lunar New Year, while Australians enjoyed a barbeque for Christmas; the Tooth Fairy never showed up after my dentist appointments; and I had banh mi for lunch while the other Aussie kids devoured Vegemite sandwiches. Essentially, the two cultures I was exposed to had differences in the way we did things, but a lot of fundamental values transcended the cultural barrier.

What really came as a shock to me in the class workshop was how much we had to reframe basic principles that have been ingrained into our own cultures for generations. When non-Indigenous Australians seek privacy, we typically separate ourselves from groups; we identify ourselves by our careers, values and accomplishments; our homes are identified by four walls and rooms; and we convey engagement with strong eye contact and constant, direct conversation.

We learnt that First Peoples may renew themselves from social interactions by simply not speaking, even if they are in a group; their identities may revolve more heavily around relationships and kinship; their homes tied to the open land; and in communications, silence can be acceptable, open disagreement avoided and a gratuitous ‘yes’ said to avoid conflict.

With fundamental differences in the way we connect socially and identify ourselves, it is not hard to see why there is an extensive history of conflict. Learning more about the cultural differences between First Nations and non-Indigenous Australians allows us to be conscious of how easily miscommunications and frustrations can arise.

However, by initiating this process of self-awareness and reconciliation, we can aim to achieve effective communication with Aboriginal and Torres Strait Islanders by trying to operate in their cultural framework to mend a relationship that has been historically challenging.

While not everyone in the class will have direct interaction with First Nation patients, the broadened insights that we have gained with Cross Cultural Consultants will be carried into our personal lives as we become advocates for understanding and unity in our communities.

By working together and actively recognising the intricacies nature of Aboriginal and Torres Strait Islander culture, we can create a culture of open and honest dialogue that can enable equally sustainable relationships. From the open conversations we had as a diverse team, I am grateful to have participated in the Working With Cultural Difference workshop and can see all of us working together as an organisation to better deliver our mission alongside First Australians. 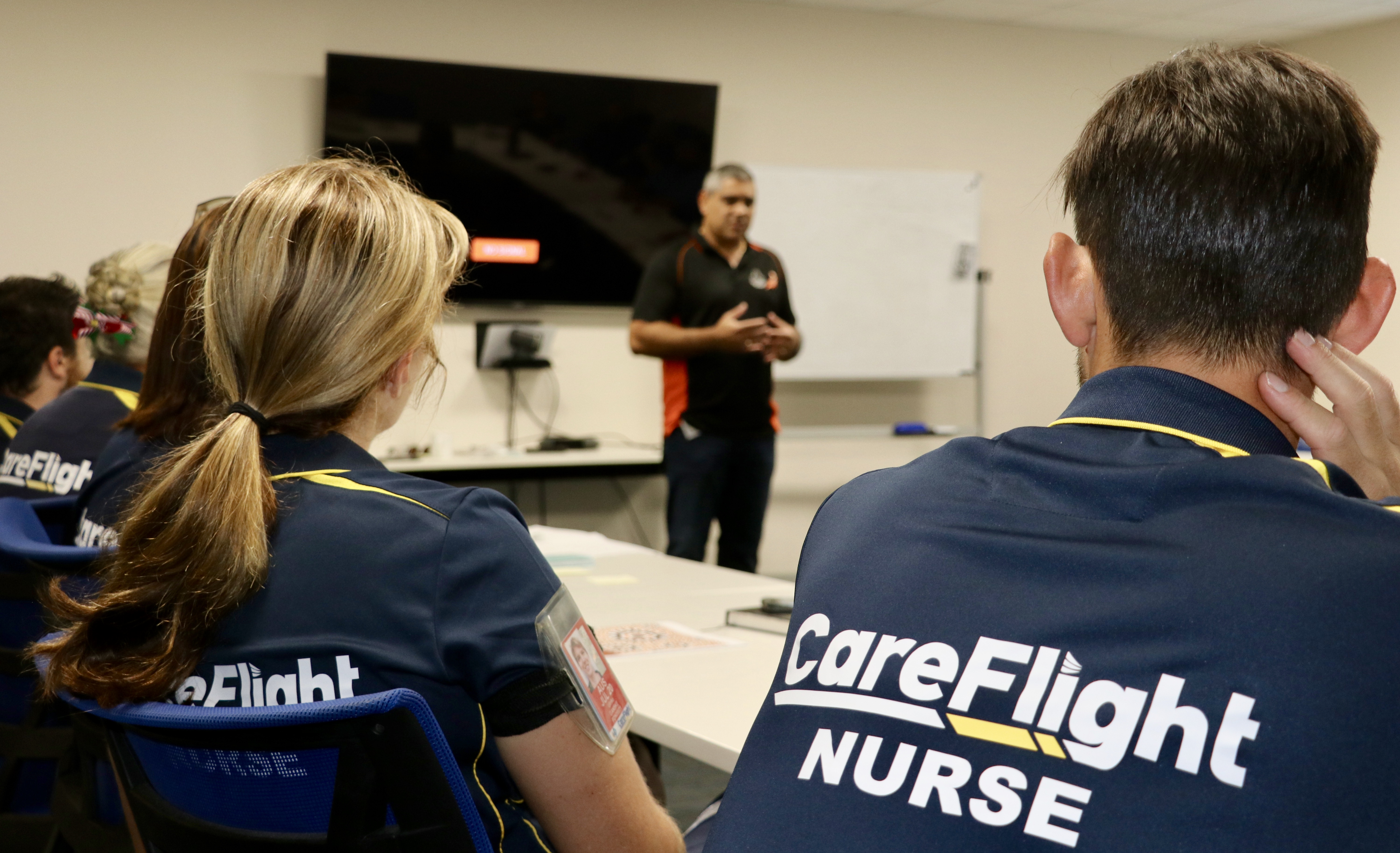 CareFlight acknowledges the traditional owners and custodians across the lands on which we live and work, and we pay our respects to the elders past, present and emerging.